The Wells Police Department has a compliment of officers serving on its Honor Guard. The Honor Guard performs at various events sponsored by the Department, as well as attending funerals for fallen officer's throughout the State.

Since it's development, the Honor Guard has received many compliments for their special way of comforting the families of citizens, civic leaders, and public service officials, who passed away; as well as, fellow police officers who gave the supreme sacrifice. The unit also performs at various ceremonies, parades and special events to include presenting the colors at a Boston Celtics game.

The officers currently serving on our Honor Guard are: 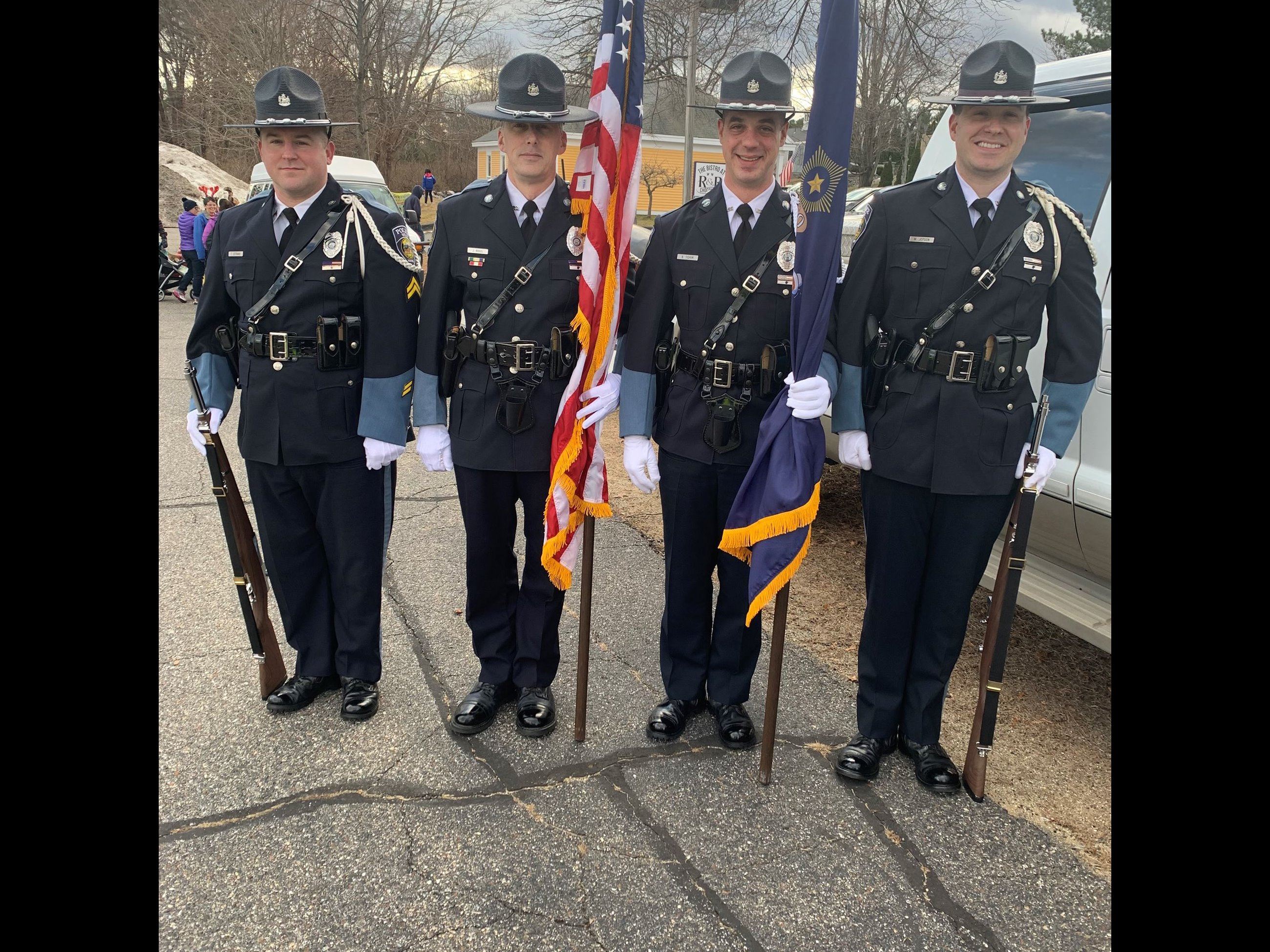